The Rise of Rum 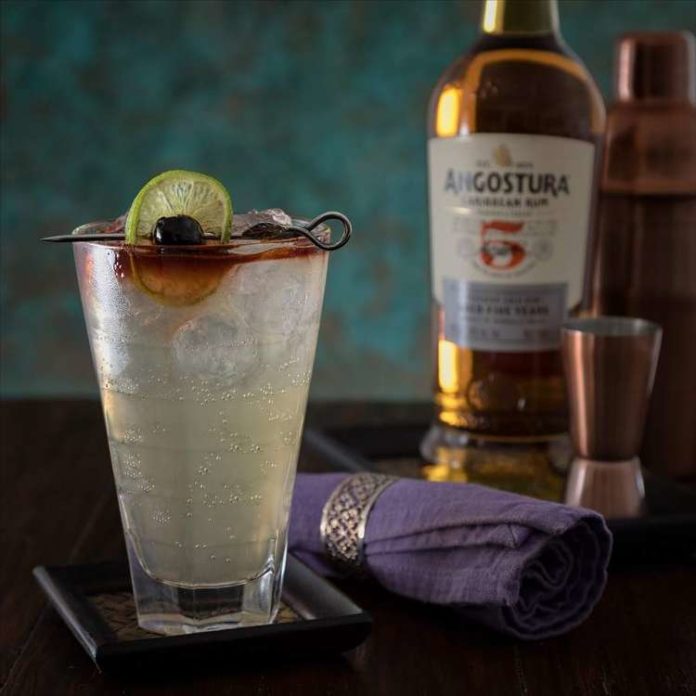 Often associated with tropical islands, flamboyant cocktails, caricature pirates, and fun times in the sun Rum is all grown up now. High-end premium rums are taking the spirit to a new level, and there’s a growing crowd of connoisseurs taking it seriously.

While high-end premium rums still account for a smaller percentage of total rum sales compared to equivalent gins, tequilas, or whiskies, that percentage is steadily growing. The diversity of premium aged rums available internationally is also on the rise. The skill of the master blender, together with the long aging of the rums in barrels is what elevates this spirit to high-end premium status.

Blending rums of different ages brings out particular characteristics. It is a rare art that lends distinction and refinement to the finished product. House of Angostura, known worldwide for its iconic bitters, has been making the spirit in its state-of-the-art distillery in Trinidad since 1949.

Master Blender Carol Homer-Caesar is expanding Angostura’s international rum range. She is taking its premium rums to new markets all around the world. An essential ingredient she says is the indigenous Trinidadian yeast strain used in the fermentation.

The terroir of the sugar cane and the ex-bourbon barrels used for aging, gives their brand its distinct personality.

Geographically rum production is linked to the cultivation of sugar cane.

The spirit originated in the Caribbean in the 17th century. While it’s still centered around the Caribbean and the Americas, rum-making has now spread worldwide wherever sugarcane is grown. The recent emergence of specialised craft distilleries is a testament to its growing popularity.

South Africa, as a sugar-producing country, is a natural home to the new breed of craft rum-maker. Since 2013 many new local brands have emerged. In 2020 the first SA Rum Awards took place, with Leah Van Deventer, judge and convenor of the awards, saying,

“The awards are open to any sugarcane-based spirit available commercially in South Africa. From domestic craft rums all the way through to imported international brands. Judged completely blind by industry experts (Van Deventer, Kurt Schlechter, Chantelle Horn and Coco Reinharz) each one is assessed, just as wine would be. On the nose, flavour profile, and characteristics on the palate.

“We’re looking for complexity and depth of flavour,” says Van Deventer. “Rum has a very wide flavour wheel with characteristics ranging from mint to seaweed to basic molasses.

“One reason why the local craft rum industry is only now emerging from its infancy, compared to the craft gin boom of the past decade, is that the process takes a lot longer. After fermentation and distillation comes a slow maturation, aging in barrels for a minimum of a year but usually years longer.

”The SA Rum Awards are one way of raising the profile and awareness of this spirit in South Africa. “I would like people to understand that rum can be enjoyed like a whisky,” continues Van Deventer. “However, you drink your whisky, you can enjoy rum in that way too. We want people to appreciate the spirit for what it is.”

A good barista will have a number of rums in their spirits repertoire. They will know the characteristics of each and what it brings to the party. White rum is generally the lightest and youngest of the family, recommended for vivacious fruity cocktails.

An older golden rum has a deeper flavour and suits stronger mixes with spices and or herbs. When you get to rums aged for seven years upwards, their subtle flavours and layered complexity are worth savouring neat or on the rocks. The thought of dousing a 15-year aged rum in fruit juice, cherries, and paper umbrellas is just as much a faux pas as pouring cola onto a premium Scotch whisky.

Read the label carefully. The age listed reflects the youngest rum in the blend. Rum labelled as five years may have a percentage of ten or fifteen-year-old rum in the mix adding maturity, complexity, and depth.

It’s time to get curious about rum and give your tastebuds a dash of adventure.