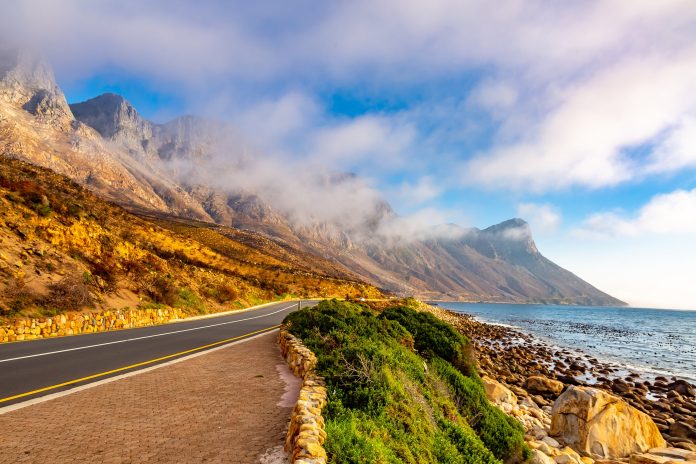 Though it may sound tame, The Garden Route is a spectacular showcase of South Africa’s wild scenery. As you drive along the coastline from Mossel Bay to Storms River, you’ll pass hills covered in sun-kissed vineyards, rocky mountains, deserted beaches, forests and lakes.

“Plan enough time – at least five days – to allow ample time for wandering off the N2 and discovering the hidden treasures that await off the main highway,” recommends Sue Garrett from the Flight Centre Travel Group.

For a rush of adrenalin, take the leap 216 metres off the Bloukrans Bridge, the world’s highest commercial bungee jump. Alternatively, you can walk the bridge (see page 24), learn how to surf in J-Bay, which is world-famous for its big waves, or for a dose of art and culture, head into artsy Knysna. Want to spend the day on a beautiful golf course? The iconic Fancourt is nearby.

Just under three hours from Johannesburg is a place that will make any wildlife enthusiast rejoice. The Waterberg Meander is a self-drive route that guides road trippers through the vast and scenic wilderness of the UNESCO Waterberg Biosphere and its surrounding game reserves.

The Waterberg Meander is one of South Africa’s ‘secret’ road trips, only sought out by a few and best discovered by car. Journey through dusty mining towns, the hot springs of Bela Bela and green farmlands.

Further south, you can enter the Kruger National Park, the exclusive Welgevonden Nature Reserve or the Mapungubwe National Park.

Hit the gas and make the three-and-a-half-hour trip from Jozi to the teeny town of Clarens at the foot of the Maluti Mountains in the eastern Free State. It’s ideal for a short weekend road trip and is spectacular in every season.

This is a beautiful area for hiking and horse riding, especially in the Golden Gate National Park, which is right on the doorstep of Clarens. It can be quite crisp in the evenings, so pack something for the cooler nights. The town square has lots of quaint shops and restaurants to try, and of course, the renowned Clarens Brewery, which is one of the country’s first Brew-Pub, Cidery and Distilleries, is a must-do.

It’s the perfect road trip destination from either Durban or Joburg. Expect cosy pubs, misty lanes and kilometres of mountains, streams and waterfalls to explore.

“Family-friendly activities in the Midlands include the Karkloof Canopy Tour, Ardmore Ceramics and the Mandela Capture Site,” says Garrett.

The Karoo Highlands Route traverses the south of the Northern Cape, through truly off-the-beaten-track one-horse towns. The Karoo is the agricultural heartland of South Africa so expect quiet, barren and flat roads and arguably the best stargazing in the country.

Stop in Nieuwoudtville and Calvinia in spring when the wildflowers carpet the landscape in a myriad of colours, and visit SALT in freezing Sutherland. Feast on the best Karoo lamb and bundle up for braais under a star-studded sky. And if you have a lot of time, add quirky Nieu Bethesda and the Valley of Desolation to the road trip itinerary, and go fossil and rock art hunting.

Get lost in the Eastern Cape

The Eastern Cape offers some of South Africa’s most beautiful hidden gems and it’s a fantastic road trip for those who don’t mind a few potholes.

The most famous stretch of Wild Coast is Coffee Bay and the Hole in the Wall. Enjoy an isiXhosa meal in a colourful thatched rondavel and wander wildly beautiful beaches dotted with only a handful of cows.

Trade the unspoilt coast for misty mountains that wouldn’t look out of place in the Alps. Travel five hours south, slightly inland, and you’ll stumble across the teeny hamlet of Hogsback.

Thought to have been the setting behind J.R.R Tolkien’s Lord of the Rings series, the one road village is every bit as magical and mysterious as the home of the hobbits. The surrounding waterfalls are spectacular in summer, and the countryside is frosted with snow in the winter. Hogsback lies a 2-hour drive from East London airport.