i Am All Girls 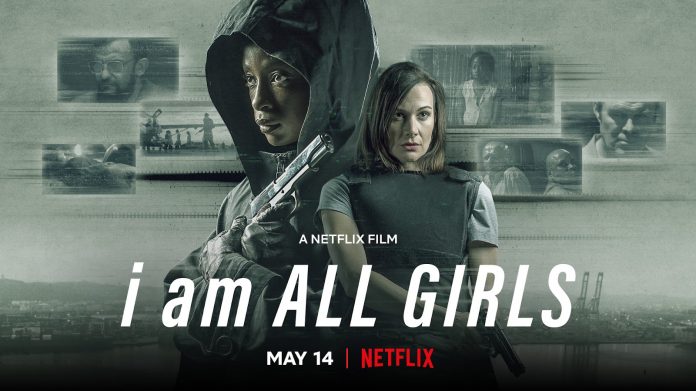 I Am All Girls, is a chilling film about a global child sex trafficking syndicate operating in South Africa.

Bringing this mystery-thriller produced by Nthibah Pictures to life is South African actresses Hlubi Mboya (Isidingo, Rhythm City) in the lead role as ‘Ntombizonke’, a troubled but powerful detective with a dark, ugly secret and Erica Wessels (Warrior and Waterfront, Vloekstte) who plays her unlikely confidant and emotionally-troubled colleague, ‘Jodie Synman’.

The story follows the two detectives as they embark on an all-consuming journey to find justice and bring down a global human trafficking ring.

“This film is a shocking, deeply atmospheric, thrilling mystery and intense character journey into one of the most terrifying tragedies of modern times – child sex trafficking. The single ray of light is the budding relationship between Jodie, an emotional, troubled and honest detective, and the damaged, but powerful Ntombi who has overcome the constrictions of her abuse and emerged as hard and defiant as an avenging butterfly.

“I wanted to focus on building tension and suspense through silence, sparse atonal music and deep, heart-rending performances from all characters – not just the leads. Everyone in this film is damaged at their core, hiding a raw history that must simmer behind the eyes and bleed through their movements and speech which are stifled by their past. Creating atmosphere is what this film is about and it must unsettle, anger and inspire. It must suck you in with the mystery, move you with the character study and shock you with the violence – which would be understated as all the best violence is. It’s a combination of commercial and art that lets the pictures do the talking, with the dialogue taking back seat, sometimes not heard at all, as music, sound effects and mood take over. This film will be made in it’s stylish execution.” – Donovan Marsh