Around the World in 80 Clicks 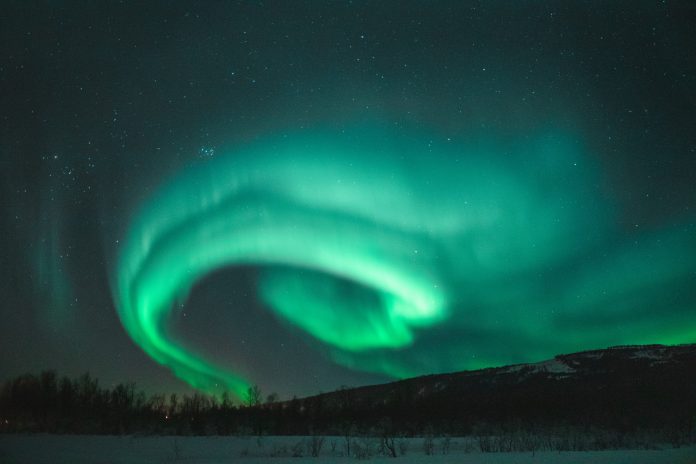 For now, beaches, foreign cities, bridges, game farms, mountains, zoos and museums will have to be experienced through a screen – and while that sounds positively hideous, there are so many really great virtual experiences to occupy your time and imagination, just until things get back to normal!

Has it always been a dream of yours to gaze over the edge of Machu Picchu or marvel at the pyramids from every angle? What about taking a hike over the Great Wall of China or tiptoeing across the Zhangjiajie Glass bridge suspended 300 metres above the ground? You’ll be pleased to know that you can experience these fascinating places online with a 360-degree bird’s-eye view.

Machu Picchu, which is the top tourist destination in Peru (or arguably in the whole of South America), has majestic heights and stunning stone architecture, stellar Andean mountain views and a mysterious history.

Constructed in the mid-15th century by the Inca people and nestled 7,970 feet above sea level, these archaeological ruins are an engineering marvel. According to CNBC, Machu Picchu was voted one of the New 7 Wonders of the World in a recent internet poll.

Carved out of two peaks, Machu Picchu (which means “Old Mountain” in Quechua) is believed to be the estate of the Inca emperor Pachacuti. It represents the height of the Inca empire’s power before it was abandoned following the arrival of the Spanish conquistadors.

Explore this 4-day adventure hike up the famous Inca trail and have a look around “The Citadel” via this 360-degree tour. Assisted by an audio guide, you can see Machu Picchu’s steep slopes and the remnants of royal residences, the sacred district that includes the famous Temple of the Sun, and courtyards with grazing alpacas and llamas on the lawns.

You can experience fascinating places online with a 360-degree bird’s-eye view!

More landmarks that will take your breath away…

Zhangjiajie Glass Bridge, built 300 metres above the canyon, is a structure that is six metres wide and 430 metres long. The bridge has won more than 10 world records in terms of design and architecture and can take 800 people at one time. The glass panels are less than 2.5 centimetres thick – which is not very comforting for anyone with vertigo, which is why some people believe it is better to visit the Zhangjiajie Glass Bridge virtually! And thanks to the good folks at Russian virtual reality photography company AirPano, now you can! With a few clicks, manoeuvre over and around this vertigo-inducing, man-made wonder as well as the canyon river it navigates.

As far as cultural treasures go, Canada’s historic Old Québec City is one of the oldest colonial settlements in North America since its founding in 1608. It is considered an under-appreciated gem. Be sure and check out Breakneck Stairs or the Royal Battery where spectacular views abound of Québec’s port.

The Taj Mahal, where you can explore the exterior of the famous Indian mausoleum. It allows you to easily jump to different vantage points of the Taj Mahal and see them from a bird’s eye view.

Cambodia’s Angkor Wat Temple is a wonder to behold. Built in the early 12th century by the Khmer Empire as a Hindu temple, this enormous sandstone complex was converted into a Buddhist centre of worship decades later and has remained that way ever since. Meditate on the nooks and crannies of Angkor Wat, plus some of the other famous temples in the complex.

At Yosemite National Park you can hike to the top of Half Dome, see Nevada Falls, and as you pull the curtain in your home, star gaze in this beautiful park virtually.

The last remaining of the Seven Wonders of the ancient world, the great Pyramids of Giza are perhaps the most famous structures throughout history. Explore the best built structures of all time, wandering through tombs and ancient cribs virtually.

Take an interactive tour of the Stonehenge, one of the world’s most famous prehistoric monuments and special feature of some amazing TV series and movies ever made!

Christ the Redeemer in Rio, the ultimate religious symbol for some and for others an irresistible tourist attraction

You now have the chance to wander through the most celebrated artworks in the world by visiting acclaimed art galleries and museums virtually. There are some fascinating exhibitions at your fingertips!

Dalí Theatre-Museum, located in the town of Figueres in Catalonia, Spain, is completely dedicated to the artwork of Salvador Dalí. It features many rooms and exhibits surrounding every era of Dalí’s life and career. The artist himself is buried here. The museum offers virtual tours of the grounds and a few of their exclusive exhibits.

More artistic adventures that will keep the creativity going…

The Vatican Museum features an extensive collection of classical sculptures and important art curated by the Popes over many centuries. You can take a virtual tour of the museum grounds and iconic exhibits, including Michelangelo’s ceiling in the Sistine Chapel.

The National Women’s History Museum in Alexandria, Virginia, is to educate, inspire, empower, and shape the way we view the history of women in the United States. A part of their mission is delivered through well-curated information and visuals.

Over in the Netherlands, the Rijksmuseum is an oasis of classical Dutch art, Asian artefacts and 17th-century silver and porcelain. You can even get up close and personal with ‘The Night Watch’.

Tour with Graffiti, perfectly captured street art from everywhere in the streets of Buenos Aires, Argentina to Malmo, Sweden as an art expert’s audio tour plays in the background while you scroll through all the images. These virtual walking tours are perfect for those who love art but hate the norm of an establishment.

In the mood for something a little spookier? Tour Paris’s famed Catacombs, an underground quarry home to the skeletal remains of over six million 18th-century Parisians. While lines for the actual site can be remarkably long, you can now visit the historic landmark through a 360-degree virtual tour, without the wait time or the airfare.

Several zoos, aquariums and national parks around the world have put up live streams so that their visitors can still drop in on the habitats of the most amazing natural exhibits. We can explore the depths of the ocean on the one day, walk through the rainforest the next, check in on a train of cuddling koalas another and then watch gorgeous polar bear cubs wrestle the following.

Take a peek at what is going on at a waterhole, or go on a virtual game drive!

More places to visit if you are nature and animal lover…

If you miss the ocean, satisfy your desire with a virtual dive. The Natural Marine Sanctuaries offer immersive diving experiences for a variety of underwater settings, including the Florida Keys and the American Samoa. There, you can see sea lions swimming through kelp, massive coral reefs, and so much more.

Monterey Bay Aquarium in California gives visitors a virtual look at its colourful sea creatures. Animal lovers can enjoy Shark Week every week, zen out to the jellyfish or watch as penguins waddle through their habitat. Enjoy all the aquarium has to offer via free live camera streaming.

Meet some fury friends at the San Diego Zoo and spend a day experiencing ‘a day in the life of these animals’ through live cams, animal facts, activities and games.

In Brisbane, experience the Lone Pine Koala Sanctuary. There are also numerous webcams streaming footage of their amazing Aussie wildlife, from koalas and reptiles to dingoes and platypus. Be sure to check out the Koala Train of snuggled up koalas, and the dingo puppies enjoying their day.

Similar to other zoos across the globe, the Cincinnati Zoo has begun hosting Home Safari Facebook Live events daily. The zoo highlights one animal a day and viewers can even ask questions about each animal in the comments during the live event and receive feedback.

SeaWorld, Orlando, includes a tour of Discovery Cove and even has the option of “riding” the steel roller coaster Mako!

We can add one more spectacular sight for viewers to watch from home. Welcome to nature’s most amazing light show located at the Churchill Northern Studies Centre in Churchill, Manitoba. This live cam is located directly underneath the aurora oval, which is one of the best places on earth to watch the spectacular atmospheric phenomenon better known as the Northern Lights.

Itching to travel, the 21st century we live in today brought those amazing destinations to your doorstep. Explorers are rejoicing as many famed destinations are now available to tour online.